The main theme of this year’s Directions is the tight integration between Office 365, Windows Azure, and deploying Dynamics NAV2013 R2 in the cloud.

What Does “tight” Integration Mean?
You know the story. With every release of Dynamics NAV, Microsoft has been touting the release enables Dynamics NAV to be tightly integrated with Office. For years, I never understood what that meant. Office is office, Navision is Navision. To make these 2 talk to each other, you had to cut off an arm and a leg and do a rain dance to start the first steps of integration between the 2 products.

So when I first heard say that Navision is now tightly integration with Office 365, in my mind, I thought “here we go again”. To my surprise, the integration now a lot more seamless. Now to be honest, I was not impressed. The reason is because when I first heard about integrating Office and Navision, my impression of it is what they showed us as of right now. Having said that, there are still a lot of improvements to be had but during this session, I actually felt comfortable and (more importantly) worthwhile rolling this out internally within my organization and recommending it to our clients.

Obviously, words cannot clearly articulate what this “tight integration means. So we will need to wait until Microsoft release more “How Do I” videos on MSDN or Youtube.

Interesting Points From the Conference
There are a couple of interesting points that I got from this conference:

This number just bellows me away. Wasn’t it just 2 years ago that Microsoft reported that the installation was around 80k?

On the technical side:
– Dynamics NAV 2013 and future releases of Navision can now just do technical upgrades (not full upgrades) Once you’re on Dynamics NAV2013, future upgrades will be easier because you can now upgrade databases using Shell commands.
– Use Query Objects as a datasource to push data into Excel to create reports and BI type analysis

On the lighter side:
– The food this year was faboulous. It was a tremendous improvement over last year.
– Claus Lundstrom has issued a public challenge to me stating that he can create/modify a RDLC report faster than I can do so in the classic client. Look for this in my next blog post.

It’s nice to see some fellow Microsoft MVPs in this event. I had to hunt down Matt Traxinger because he refused to introduce himself at all during the event. I only met him by accident as I happen to walk past him getting a beer. 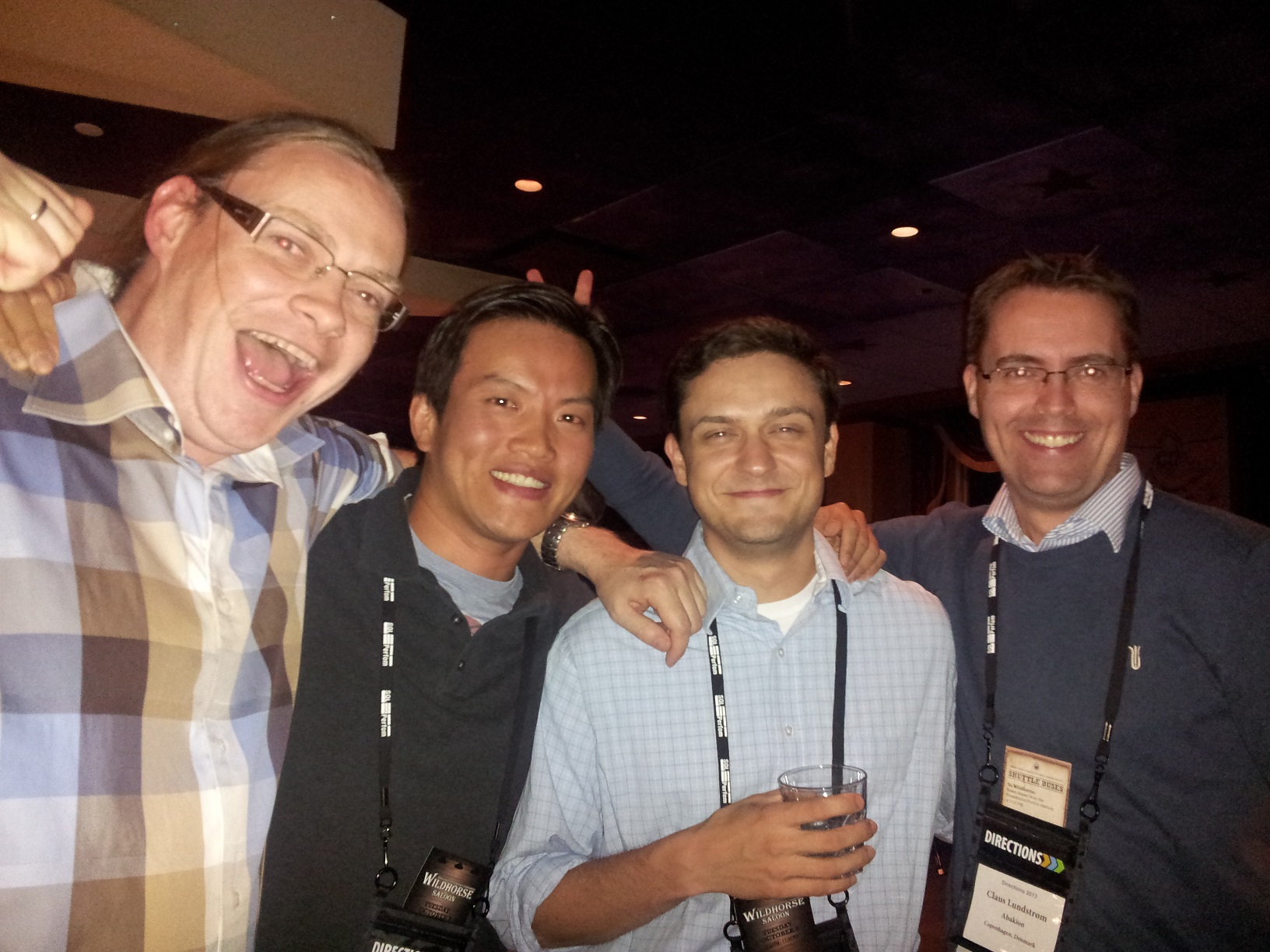 From the left to right: Mark Brummel, me, Matt Traxinger, Claus Lundstrøm

The person missing here is Rashed Amini. I couldn’t find him even though he’s the tallest amongst all of us.